The Rift Valley is a geographical and geological phenomenon in the world. It is a gigantic valley that runs from the northern part of Syria and comes into Africa trickling down to Mozambique.

Formed around 20 million years ago, the valley plays a significant role in the countries it traverses as there are unique features found within it. It came up as a result of movements experienced in the earth’s crust. The actions caused the plate to develop cracks, and the middle part of the plate sank hence forming the giant feature.

These movements on the crust also triggered volcanic activities, and thereby, several volcanic mountains and lakes formed as a result. The Great Rift Valley encompasses a lot of remarkable features and scenic sites in Kenya, such as arid plains, steep slopes, fertile farming lands, and even archeological discoveries. Rift Valley is also a tourist hub with so many tourist attractions centers, including the famous Hell’s Gate National Park. Here are among the top must-see sights in the Rift Valley.

It is a bewildering tourist hub that you should make sure you visit once in the Rift Valley. The park is located just close to Lake Naivasha, and it is about 90 km from the country’s capital Nairobi. The magnificent park has got stunning geological and topographical sceneries. They form the main attractions to the park. 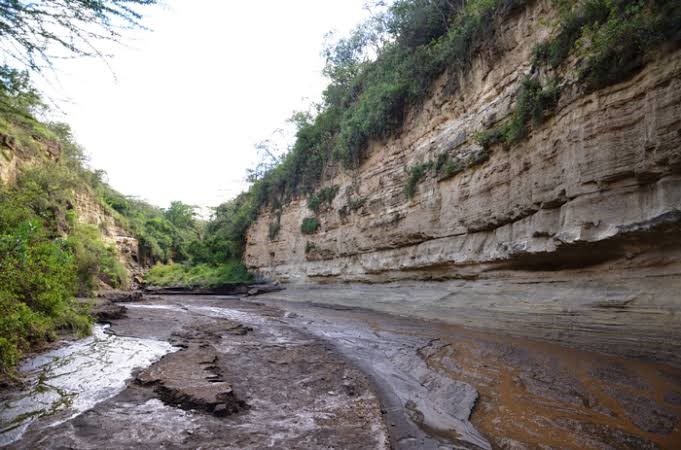 Hells Gate offers you a chance to escape from the busy hustle and bustle of the city to come and enjoy scenic landscapes, including the deep narrow gorges. The stunning gorges have some stories behind them hence the name of the park “Hells Gate.” You will also encounter a remarkable experience with Fischer’s tower.

For the rock climbers, you will have an opportunity to exercise your expertise climbing the tower and coming back down. The park is a good avenue for family’s day out or hanging out with friends. Hells Gate is among the natural attractions tourist hubs in Kenya.

It is a game sanctuary found in the Great Rift Valley. Crescent island sanctuary is regarded as the most elegant and stylish sanctuaries in the country. Many say it is Naivasha’s “best-kept secret.” The island is found on Lake Naivasha, which is a few kilometers from Nairobi. 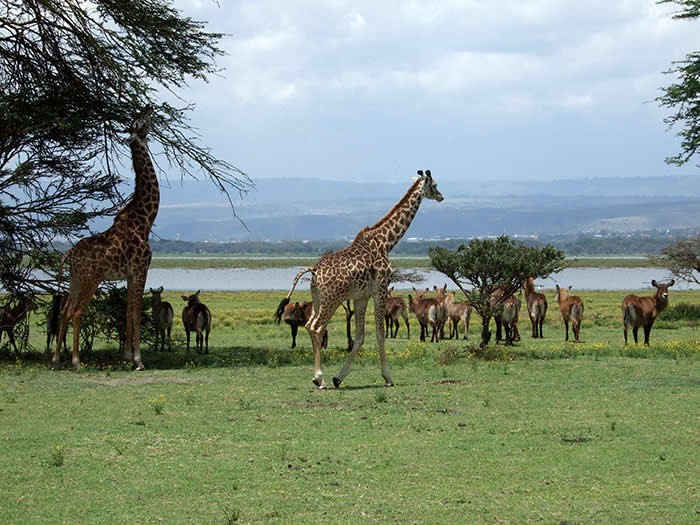 It is a secure and private sanctuary that is monitored by guides. The guides will also accompany you on the itinerary you choose if you wish to be guided round the Island. The shores of the lake on this island give you a breathtaking view of a collection of wildlife that comes to quench their thirst.

Among the animals, you can be fortunate to encounter here include the waterbuck, wildebeest, gazelle, zebra, and hippos. On the shores of Lake Naivasha is also a spectacular view of different types of birds that the Crescent Island sanctuary pays homage to. Cormorants, pelicans, and fish-eagles all make up the magic that the park has to offer. Visit the island and walk at close range to the wildlife as you take pictures with these impressive creatures.

The historical museum can be found near the shores of Lake Naivasha in a place known as Elsamere. Joy Adamson wrote the book Born Free where she narrates her story of how she raised a lion cub. She decided to name the cub Elsa, which brought about the name of the place “Elsamere.” Elsa being the cub and Mere is a place near water.

It is a cosmic tourist hub where you can learn all about the lion cub and her caretaker as you also learn more about the surrounding environment. The intriguing story of the great companionship between humankind and a wild animal took the world by storm, and the book was ultimately the best-selling book.

It was even made into a movie that you can watch at the center as you enjoy some delicious tea. The museum is in a serene environment infested with the colorful colobus monkeys.

If there is one place that you must set your foot on while in Rift Valley, is Lord Egerton Castle, in Nakuru. Lord Maurice Egerton constructed the magical castle in an estranged love story. He had fallen for a high-status woman back in England, and he persuaded her to come and stay with him. 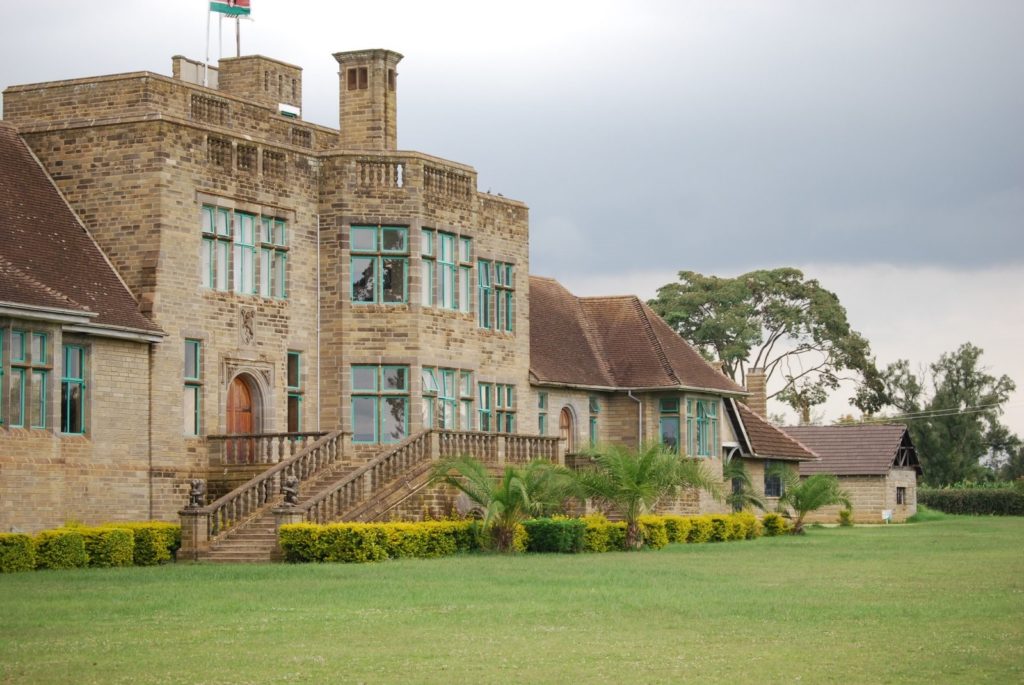 The woman said that only a castle would bring her down to Kenya. So Lord Egerton embarked on a journey to please the woman of his dreams. He decided to construct a palace. He built a 52-roomed castle to woo the woman.

It took around 16 years to complete, and it seems the time was too much for the woman to wait.  Sadly she had already fallen for someone else, and Egerton was left alone to nurse his wounds. The lady was not impressed with the mansion and said it was as small as a dog house. She later ended up marrying one of the tycoons from Australia. Visit the magnificent castle and understand the fascinating love story more.

It is among the admirable national parks in Kenya. The park is full of rocky slopes and acacia forests. There is also a gorgeous waterfall in the park that provides visitors with beautiful sceneries.

Lake Nakuru National Park is home to several wild animals such as the leopards, lions, hippos, white and black rhinos, etc. The Rothschild’s giraffe is also found in the confines of this exquisite park. 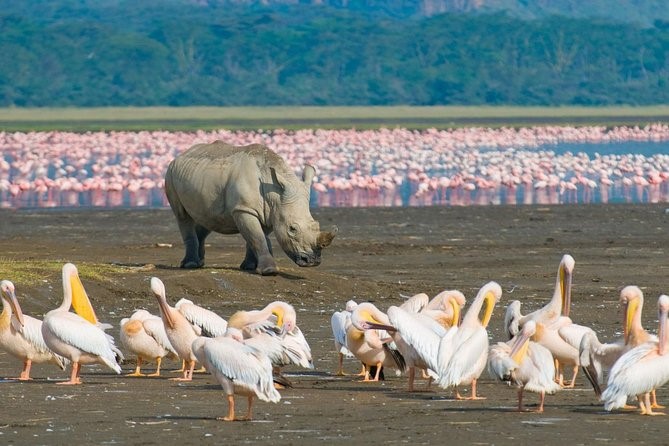 From here, you can also enjoy the magnificence of the flamingoes and other birds on the shores. The endangered species of rhinos are also well secured in this park for exclusive views by visitors and to also ensure the continuity of the species.

Found on the bottom part of the Kenyan Rift Valley, this reserve is categorically among the most spectacular in the world. What makes it magnificent is the great wildebeest migration that happens from July to October. 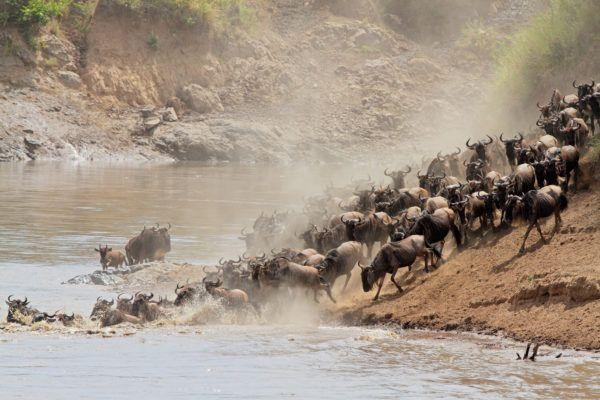 The Maasai Mara reserve is an elongation of Serengeti in Tanzania. The two reserves join Kenya and Tanzania via a wildlife corridor. This reserve is named after the red-cloaked Kenyan community Maasai people. They live and graze in the park, and that has been going on for a long time now.

Weather in this park is favorable all year; you do not have to worry about getting stuck in the mud after heavy rains all the time. You will experience stunning views of crocodiles feasting on the wildebeests and zebras as they try to make it past the crocodile-infested Mara River. You will also encounter other animals, including the big five in this park, as they roam freely.

Flowers are treasured in the United States and Europe. They are highly demanded in these countries for several uses like in offices and also for home decorations. You will have the opportunity to know where they are planted and harvested before exportation once you visit the Great Rift Valley. 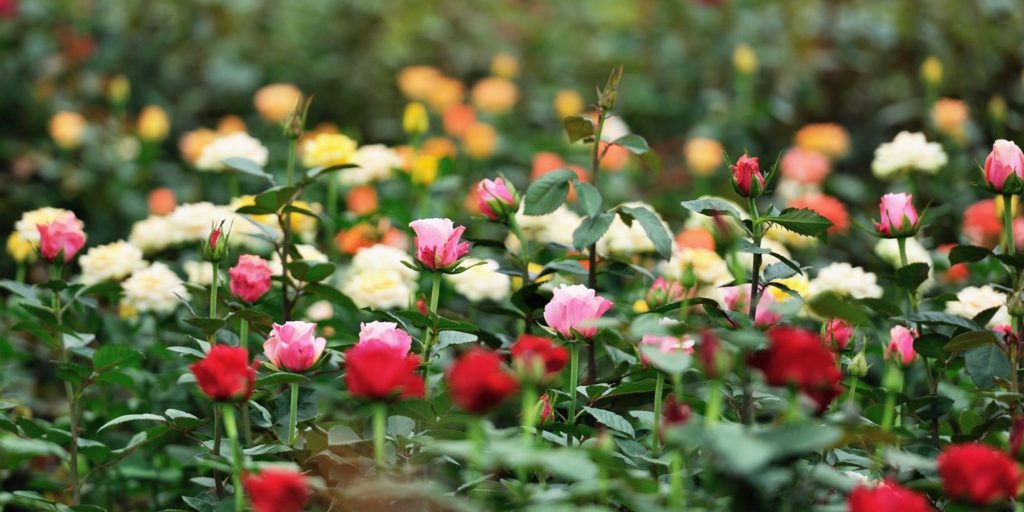 Kenya is known as one of the top fresh-cut flower exporters in Africa. Kenyan flowers are loved and sought after by the Western countries. The flower farms that produce these flowers are found around Lake Naivasha. Most of them are located near the lake so that they can access water easily for irrigation, and the climate around is also favorable for flower plantations.

Situated in Nakuru town, this prehistoric site signifies how people lived about 3,000 years ago. It was originally a farmhouse that was converted to a national monument in 1965. Artifacts from central Rift Valley and Hyrax Hills are stored in this museum to educate people on how life was back then.

Dr. Leakey noted hyrax Hill in 1926 during an archeological expedition. It was named Hyrax Hills because of the large number of hyraxes that live in the hills.

An itinerary to the Great Rift Valley will never be fulfilling if you do not travel to the Hot Springs Lake. Lake Bogoria encompasses a geographical phenomenon that produces hot springs and geysers. First discovered in 1892, the dazzling lake is commonly referred to as “the most beautiful view in Africa. 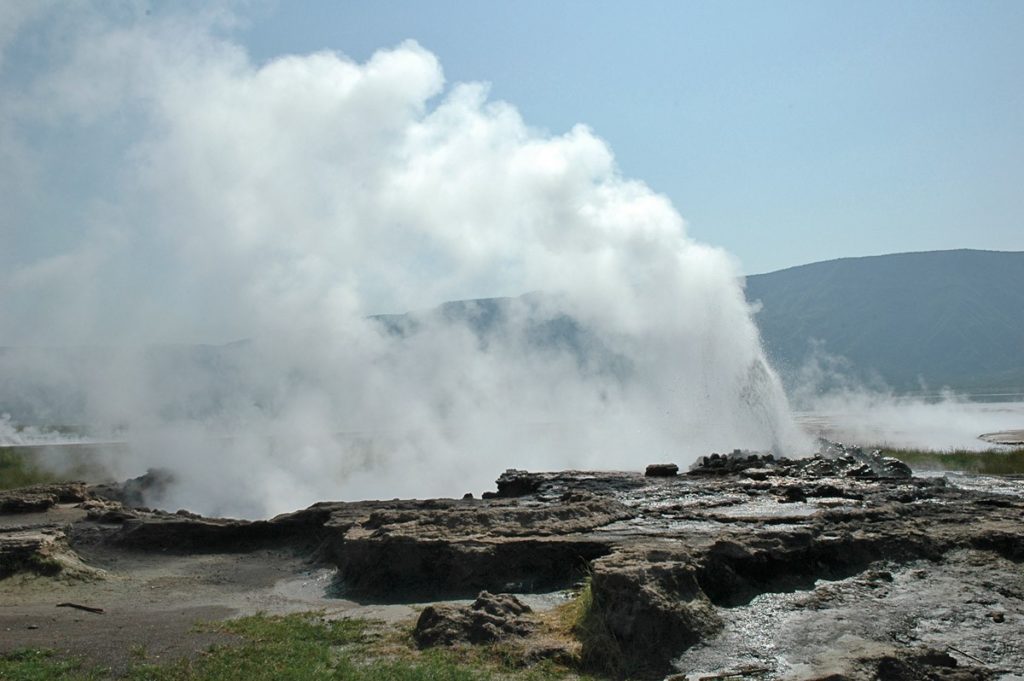 The alkaline lake is home to the lesser flamingos. It is said to house the largest population of these flamingoes in the world and a great tourist hub in the country.

In this prehistoric site, you are sure to encounter the findings of Leakeys. This site has diligently preserved cultural and biological evidence that signifies man’s evolution. That was made possible due to the alkaline volcanic ash that came from Mt. Longonot and Mt. Suswa. 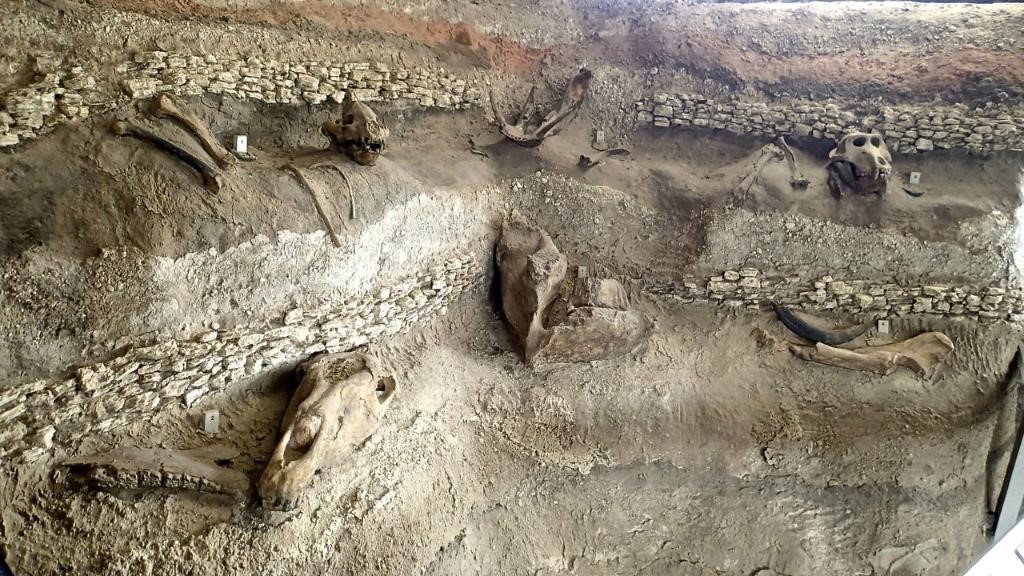 Situated at the bottom of the Great Rift Valley, the site pays homage to artifacts discovered that were used by the early man around 400,000 to 1.2 million years ago. Olorgesailie prehistoric site has the most number of hand axes than any other prehistoric site that was used by the primitive man.

The Great Rift Valley has got many more scenic and historical sites to discover. That is because it covers a wide area, and therefore, you expect numerous stunning features within it.

Make sure you visit these areas and enjoy your stay in the Rift Valley. The people are also amicable and love assisting visitors if need be, so do not be afraid to say hello to them.